Menu
Log in
Register
Install the app
You are using an out of date browser. It may not display this or other websites correctly.
You should upgrade or use an alternative browser.

The remaining building has been successfully-demolished. A sad story in the history of So. Florida. One of my former co-workers lost his father in the collapse. He was the retired high school teacher and coach.

I've had conversations with many of my fellow S.E. Florida firefighters about this as the event occurred and its aftermath. Those working the site will never-forget their time there.

I went to a local Rotary Club meeting yesterday to speak on the Champlain Towers South collapse, and there was a very-animated Q & A session. People want to know what-happened. They live in condominiums, and they're afraid something similar could happen to them. Afterwards I had a line of people waiting to tell me about their condominium problems, how their board of directors behaved, the points of deterioration they had witnessed, the lack of action to fix things like concrete cracks, exposed rebar, etc.

The aftermath of Champlain Towers South will promote management by crisis, even-as attempts had been made to execute management by design. In the case of aging buildings, building systems need maintenance. Forgoing that necessary, required maintenance not-only means that when it's finally-addressed, it's going to cost more, probably much-more, but that it also becomes a life-safety issue.

I expect the State of Florida legislature will propose and pass some "cat's already out of the bag" reactive legislation. They already rescinded a state statute which was written to keep a watch upon the conditions in condominiums, and to require periodic estimates by qualified professionals on the costs to repair deficiencies which were found. That passed legislation was in-effect for only two years, and I'll leave you to wonder who was the group who successfully-lobbied for its removal. 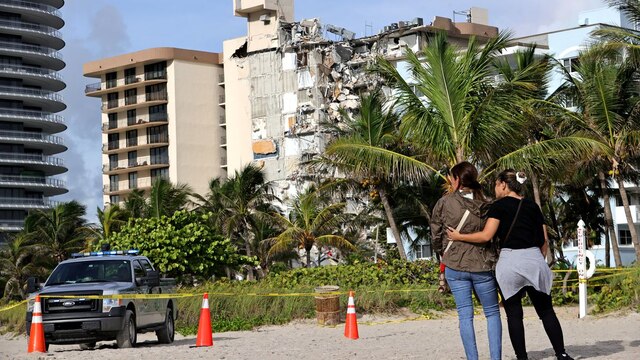 Law that allows condos to delay repairs under scrutiny

Now, many interest groups and public officials want the law to be updated. 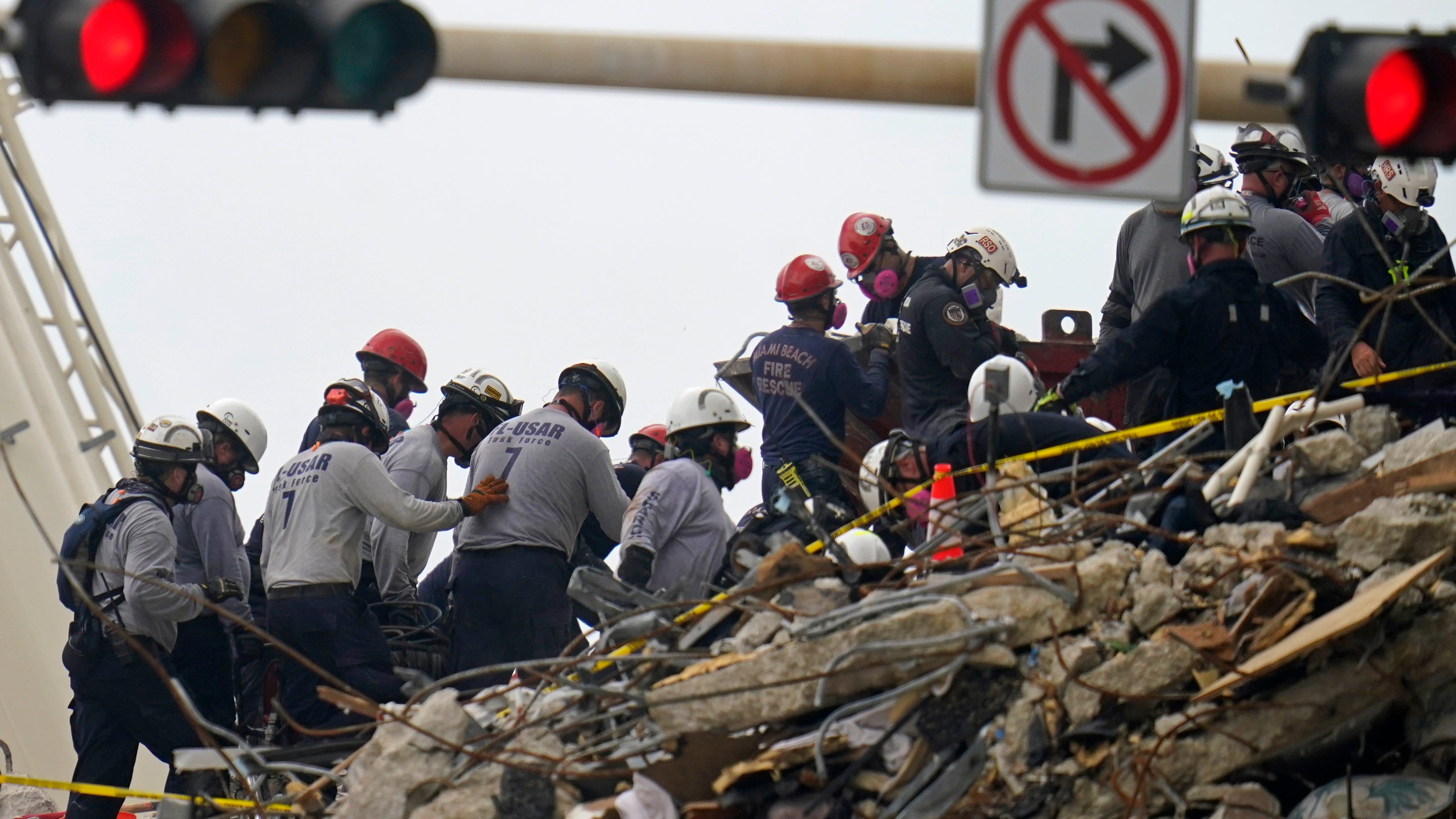 'It takes a tragedy': Florida's hands-off approach to condo regulations tested after Surfside 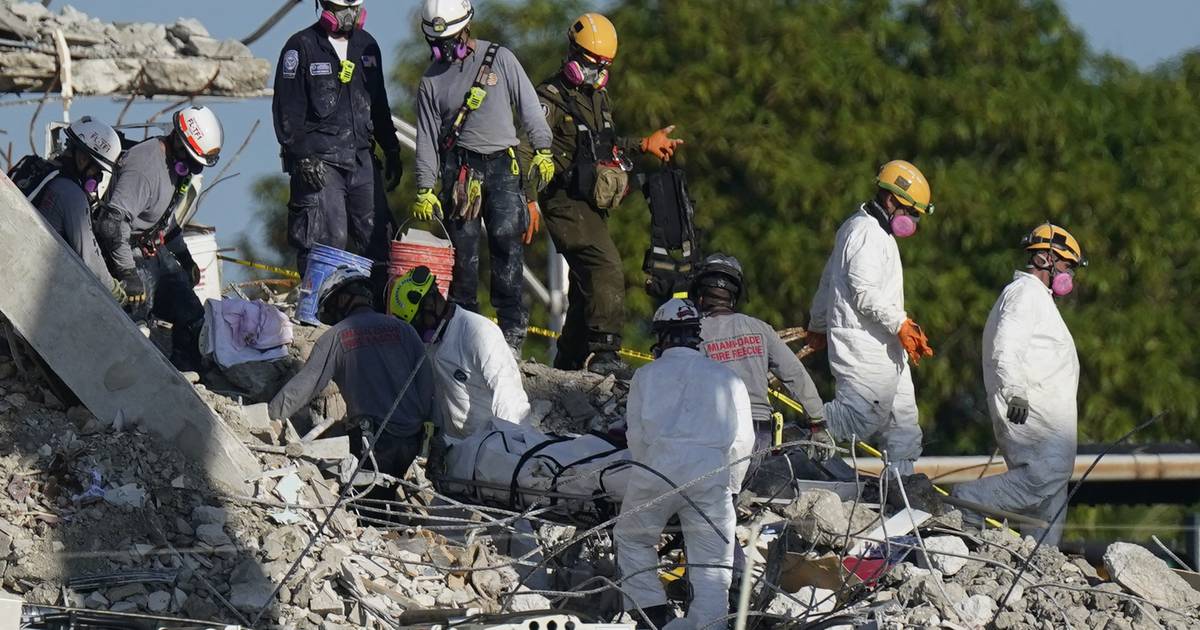 Florida collapse raises concerns about condominium oversight in Maryland; here’s what the legislature should do | COMMENTARY

At its core, the loss of 12-story beachfront building might be traced to a condo association board failing to keep up with needed maintenance. That's been a long-time concern in Maryland, too, but there's a possible fix available.

Here is the tracking of the legislative actions on the Florida House of Representatives bill 995 from 2008 about 'Community Associations' and their responsibilities. It was signed into law by Governor Charlie Crist May 1, 2008. This required five years intervals between building inspections and estimates to repair found deficiencies in common areas of condominiums.

Former state lawmaker Julio Robaina introduced HB 995 in 2008, which stated that associations every five years “should inspect the condominium building to provide a report under the seal of an authorized architect or engineer. to practice in this state by attesting to the necessary maintenance, service life, and replacement costs of common items .” Florida Used to Encourage More Condo Inspections and Repair Plans – NBC 6 South Florida

Here is the tracking of the Florida Legislature which repealed HB 995.

One of the justifications for ending the state statute requiring five-year intervals for qualified building industry professionals, was "we don't want to throw grandma off the balcony." That means, "we don't want to make the costs to own a condominium excessive because of meeting the requirements under this passed legislation, so we'll repeal it!" The choice is clear, they would rather gamble on grandma being crushed in a building collapse than abuela not being able to-afford to live in a condominium because of the five-year building condition reports.
Last edited: Jul 14, 2021

That was headline news over here (UK) for best part of the week until the remaining block was demolished. Last I heard still 120+ people unaccounted.

While this particular building collapse doesnt hit close enough home for me cause I know of no one who lives here, I can most certainly empathize with people affected. While this one was simply building neglect, I saw and heard first hand the WTC towers falling. Losing 3 close friends in that collapse. With the folks still unaccounted for, I suspect that they will be found. I remember in the WTC towers, no evidence of people were found for some of the missing. Some people were only small bone fragments. I cannot imagine the lack of closure that you dont even have a loved one you know passed, to lay to rest. I suspect that the Florida people will have closure that they know they will be able to lay friends and family to rest.

One of my co-workers lost his father in the collapse.

A former co-worker who has been a fire chief in two departments in S.E. Florida, told me, " you know, none of those people suffered, in fifteen seconds they turned into a red-mist." That is a sad but appropriate description of what happened to the victims.

Fire-medic said:
That is a sad but appropriate description of what happened to the victims.
Click to expand...

The folks I feel sorry for are the ones having to clean it all up.

That's got to be the toughest job there is.

Parminio said:
The folks I feel sorry for are the ones having to clean it all up.

That's got to be the toughest job there is.
Click to expand...

Yes, it's something they won't ever-forget, like warfare. The immediacy of what you saw/experienced loses its edge, with the passage of enough time, but it is always there.

It gives you an appreciation for life in a 'first-world' country. Think of how the people in so-many countries are living, where they don't have clean water, enough food to stay nourished, not-any decent healthcare, crappy housing, and probably some blood-feuds. You come-home from trying to find enough food to sustain your family and find that your blood-enemies slaughtered your entire village. I've been reading a book on pandemics and medical research. Many African countries spend less per-capita on annual healthcare than you would spend at a sit-down restaurant. Vaccines are losing their effectiveness, some Rx aren't being manufactured because the 'profit isn't there,' though they are needed to combat diseases common in less-developed countries. People embark upon journeys of hundreds of miles, or-more to find themselves in refugee camps because they're trying to avoid being killed in their homeland, because the other ethnic/religious group came to-power.

I am thankful every day for my circumstances. Now, if our health can hold-out, we can enjoy the grandkids, I can get-to my projects, and enjoy our time-left.
You must log in or register to reply here.

Trump Vs Our Current President?
2

al-Quadea leader and others killed